Entrance Fees: Self-funded Agencies and the Economization of Immigration 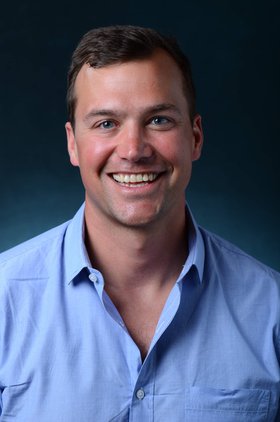 The use of user fees to fund administrative agencies has bourgeoned in the past forty years. Although user fees have been a feature of government administration as long as there has been a government (postal stamps being a classic example), it was the Reagan administration’s obsession with small government that spurred their recent efflorescence, as it became a means of raising revenue without resorting to general taxation.  Legal and economic theories were readily available to rationalize their implementation, marshalling concepts of efficiency and rational-actor modelling as justifications.  Since the 1990s, a second dynamic has emerged: user-fee funding structures that facilitate ever-increasing efforts to consolidate executive power removed from congressional budgetary oversight.  Both of these phenomena contain particularly troubling implications for federal immigration policy.

Of main concern to this paper is the financing structure of the U.S. Citizenship and Immigration Services (USCIS), an executive branch administrative agency that is almost entirely funded through fees paid by applicants and petitioners for immigration benefits.  These user fees support the USCIS in administering the nation’s immigration laws, processing benefits requests, and providing the infrastructure necessary to carry out those activities.  This paper interrogates the fundamental economic and normative justifications for the use of user fees in the immigration context to argue that the USCIS’s funding structure is both inapt and ineffective at implementing Congress’ immigration policies.  Moreover, by effectively shielding the executive branch from budgetary oversight, these user fees fund operations that are fundamentally misaligned with Congress’ original intent in creating the USCIS, which frustrates the constitutional system of checks and balances based on separation of powers principles.

In short, this paper argues that the legal and economic rationales that have traditionally been used to justify user-fee funding for administrative agencies—to manage the availability of public goods, to control or promote externalities, to overcome information disparities, and to deter natural monopolies —all fail on their own terms as they do not adequately reflect the realities of the immigration system. Two further justifications for user fees—notions of fairness and instrumental revenue enhancement—are more plausible conceptually and are thus more often invoked in the context of the USCIS, but are themselves fundamentally misaligned with the realities of the immigration and naturalization process.

National immigration policy is effectuated through the legal system. As such, this paper’s methodology consists of a comparative analysis of Law and Economics and normative legal theories to question the desirability of user fees from a law and society perspective. As a multi-method paper, this research relies upon publicly available data,  legislative history,  and foundational  and current legal scholarship  to challenge the most common and intuitively persuasive justifications for the USCIS’s fee structure. Part I of this paper describes user-fee funded agency structures, and examines the economic, normative, and instrumental justifications for their use. Part II offers a critique of these justifications in turn, and finds that, while economic justifications are inapt, the plausibility of normative justifications are reducible to political choice. However, this paper argues that the instrumental rationale of revenue enhancement to fund enforcement activities removes the executive’s actions from congressional oversight, creating constitutional and democratic harms.

The paper examines economic, normative and instrumental arguments used to justify user-fee in pursuit of maintaining the following thesis: The USCIS user-fee funding structure shields the executive branch from budgetary oversight thus leading to operation misalignment with congress’s will and frustrating the constitutional system of checks and balances based on separation of powers principles.