Economics graduate student Zhixian Lin examined the effects of the Chinese government policy that sent educated urban youth to rural areas between 1962 and 1970, temporarily raising educational levels in rural areas. Lin found that the presence of these forced migrants had spillover effect on local residents, raising their education levels. It is not clear whether the additional human capital gains in rural areas offset the lost productivity due to the exodus of educated youth from urban areas at a time the government feared unrest due to unemployed educated youth. 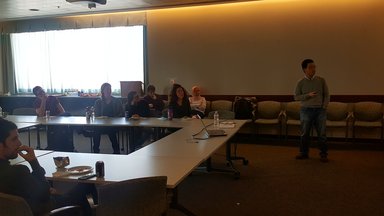 This paper tries to estimate the long-term effects of a temporary human capital shock, induced by a forced migration policy in Chinese history. From 1962 to 1979, the Chinese government forcefully relocated 17.92 million high school graduates from cities to rural villages, which was known as the Send-down policy. The immigration of educated youths increased the human capital stock in rural areas. However, this human capital shock retreated in the early 1980s, when most educated youths returned to cities after the policy ended. With a new county-level dataset of the educated youth migration, we estimate the effects of the Send-down policy on the rural areas’ human capital formation in the long-term. To account for the non-random placement of educated youths, we control for some pre-existing conditions for rural counties in our OLS estimation. Also, we exploit the variation within the pairs of contiguous counties. The benchmark estimates suggest that by 2010, one additional percentage of educated youths in the rural population increased the rural county’s junior high school attainment rate by 0.33 percentage point. It also raised the senior high school attainment rate by 0.44 percentage point and college attainment rate by 0.35 percentage point. Our findings imply that a temporary human capital gain can have spillover effects in the long-term.

In China of the 1960s, an entire generation of educated youth were forced from their urban homes into the countryside to work in predominantly agricultural sectors for upwards of a decade. This paper takes advantage of this policy-driven redistribution of human capital to evaluate whether the temporary increase in human capital in the 1960s and 1970s has had a persistent impact on the productivity of the rural destinations. The author also contributes to the eld with a new county-level dataset on the migration of the educated youth. He leverages county-level variation to control for potential confounders and calculates the extent to which the historical forced migration explains contemporary educational attainment. He nds evidence suggestive for his hypothesis. Speci cally, an increase in the ratio of educated youth migrants to local agricultural laborers within a county in the 1960s and 1970s is associated with statistically signi cant increases, in 1990, in adult literacy rate, and the attainment rates of elementary through high school.