Immigrants and the Great Divergence 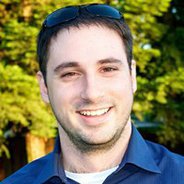 The Gifford Center sponsored a May 25, 2017 seminar by Andrew Padovani, PhD Candidate in Economics at UC Davis, that extended the literature on the spatial sorting of workers by skill by using Census microdata to show that geographic sorting is also nativity-biased and that immigrant workers sort into cities with higher wages and inelastic housing supplies. Padovani uses a spatial equilibrium model to predict worker sorting across housing supply elasticity in response to changes in local labor demand. Padovani found that local labor demand shocks are a strong predictor of the observed skill- and nativity-biased sorting when the elasticity of migration for immigrants is greater than for natives.

Andrew Padovani presented his job market paper that studies the differential migration of native- and foreign-born workers across cities in the United States. Padovani explored the relationship between nativity-biased sorting, wages, and the elasticity of housing supplies and found that local labor demand shocks explain much of the observed skill- and nativity-biased sorting, as when foreign-born are more mobile than natives. Padovani developed a spatial equilibrium model and used graphical examples to explain it, and presents an empirical analysis. 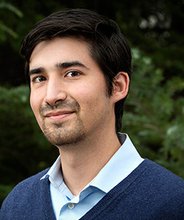 Daniel Tapia-Jiminez noted that the relevant difference between immigrants and natives concerns their mobility, including the willingness to immigrate in the first place. Greater mobility translates to a greater willingness to locate in MSAs with high wages despite high housing costs. Countries can experience large internal migrations, like the Dustbowl, making natives more mobile and more likely to pursue higher wages rather than lower housing costs. In such a case, native and foreign-born workers would behave identically. Over time comparisons are difficult because the borders of some MSAs change over time, affecting both population and economic bases. Population growth and recognition as an independent MSA may signal a type of economic development and draw foreign-born workers. 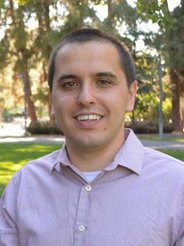 Vasco Yasenov noted that Padovani used two indexes of housing supply elasticities, the WRLURI and the LUI, and asked whether the cities above and below the median of both indexes overlap. It would be useful to have examples of cities with very high/low supply elasticities as defined by both measures. The results in Figures 1-3 seem sensitive to the choice of index, perhaps because splitting the median is too "coarse;" another option would be to look at the top and bottom quartiles and ignore the middle part of the sample. Would results differ in other countries? Labor markets have different features and institutions and perhaps there are stronger geographical restrictions on the cities.

The discussion centered on the central assumption that immigrants are "more mobile" than natives. Padovani offered empirical evidence that suggests foreign-born workers move to high wage, high cost of living cities in larger numbers than natives; some participants suggested adding a qualitative argument that these cities may be more amenable to immigrants for a variety of reasons.