The Conveyor Belt to Nowhere: Identity and Resistance at a Western Saharan Phosphate Mine from 1973-1976 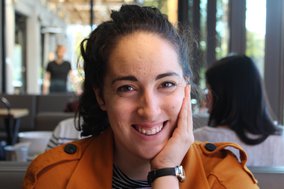 The Gifford Center sponsored a seminar by Sarah Gilkerson, PhD Candidate in History at UC Davis, on the connection between identity, memorialization, and natural resources in the Western Sahara’s protracted refugee crisis. During the political transition years of 1973, Sahrawi miners extracted phosphates from Fosbucra'a while Sahrawi separatists—called the Frente POLISARIO—began to campaign for independence. The quest for independence failed in 1975 when Spain signed the Madrid Agreements, granting the Kingdom of Morocco authority over the Sahrawi and their natural resources. War broke out between Morocco and the newly formed Sahrawi government, forcing Sahrawis to flee to refugee camps in Algeria in 1976. This analysis extends to understanding the current legal structures and local struggles over oil exploration by Moroccan and American companies since 2001, which can be understood with a deep grounding in the sale and sabotage of phosphates, the industry that has had a profound impact on the Sahrawi independence movement and Moroccan politics. 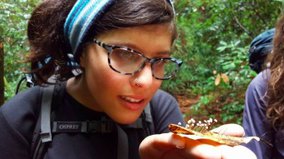 Gabrielle Kirk explained that the Sahrawi, encamped in one place for forty years while without citizenship or assimilation, are a unique kind of refugee, often compared to Palestinian refugees. Questions to consider to integrate refugee studies more clearly into the project could include asking whether the Sahrawi refugees are a new form of "colonial subject?" How does classifying the Sahrawi as refugees by different actors, themselves, UNHCR, NGOs, and the Algerian or Moroccan governments, challenge certain types of categorization or reify them? How do categories of "refugee" and "indigenous" affect claims to sovereignty, particularly in North Africa? I thought the project was well situated in memory studies literature, but has a different relationship in its geographic approach. How does the Sahrawi relationship to the mines as a "place-memory nexus" (33) change when they are no longer in that place? Lastly, refugee camps are often imagined as squalid, temporary holding places, raising questions about how these institutions have changed over time. 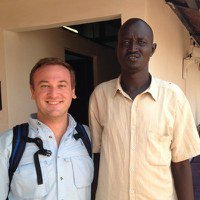 Christian Doll explained that the actions of the Moroccan state reveals the pressing need to interrogate the so called "south-south" relations and internal colonization that troubles the narrative of western exploitation and which cannot be easily understood using existing center-periphery, west-rest, or colonizer-colonized frameworks. The decision of the International Court of Justice demonstrates a need to analyze how international bodies can be tools for the advancement of state interests and can also offer symbolic victories with no seeming practical effects for those resisting state power. A comparative analysis of such decisions and actions might be a useful way to think through the efficacy and unintentional consequences of international mediation efforts.

Sarah Gilkerson talked about the political impacts of phosphate extraction on the forced migration of the Sahrawi people. She connected the lived experiences of this group in the 1973-1976 period to the continued displacement of the Sahrawi in the Algerian desert, drawing on three months of fieldwork in Southern Morocco and in the Sahrawi refugee camps in Algeria as well as archival work at the United Nations Archives. The discussants focused on the implications of her work for achieving a deeper understanding of nation-building as well as the difficulty of portraying the violence that colonized communities endure while also not exploiting that violence. Questions from the audience ranged from reflecting on the future of the 165,000 Sahrawis who remain displaced as well as the role of technology in the ensuing war between the Kingdom of Morocco and the Sahrawi. The seminar explored one of the world's most forgotten humanitarian crisis.