The ILO and Migrant Workers: Challenges and Opportunities 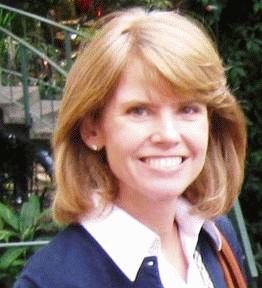 Labor mobility, the missing factor in globalization, is increasing and controversial. Migrant workers contribute to countries of destination by filling jobs while their families in countries of origin benefit from the remittances migrants send home. Remittances to developing countries are approaching $500 billion a year, four times more than Official Development Assistance.

The International Labor Organization, the oldest UN agency founded in 1919, has a constitutional mandate to protect the rights of all workers, including migrant workers. The ILO was founded after WWI to promote peace through social justice by assuring decent work for all workers, including those who find employment abroad.

The ILO's almost 200 conventions apply to all workers, including migrants unless migrant workers are specifically exempted. Two conventions, 97 (1949) and 143 (1975), apply specifically to migrant workers. The bedrock principle of C97 is to treat all workers equally in wages and working conditions; by protecting migrants, host governments protect local workers from unfair competition. C143 called on governments to hold employers of irregular migrants accountable, and to integrate migrants and their families who settled abroad.

The ILO's migrant worker conventions have less than 50 ratifications from the 185 ILO member states. The ILO in 2015 is launching a General Survey that asks its member states a series of questions to better understand gaps in their protections for migrant workers and barriers to their ratification of the conventions. Perceptions of out-of-control migration are closely linked to terrorism, inequality, and other global trends that many people find threatening, prompting the ILO to launch a new effort to improve data on migrant workers.

For example, 80 percent of the Ukrainians who left in one recent year stayed abroad an average five months. Almost half were working in Russia, and significant numbers were in the EU. These short-term stays abroad are not captured in the UN migrant database, which focuses on persons outside their country of birth a year or more.

In addition to short-term migrants, the ILO is concerned with the roles of migrants in host countries and the impacts of migration on development in both sending and receiving countries. The ILO is helping countries to ensure that employment policies are better linked to migration policies and labor market needs, particularly in countries with large numbers of irregular migrants.  Improving labor market information and migrant worker integration can improve skills planning so that governments can anticipate both the training needs of local workers and employer requests for migrant workers, which can open more regular channels for entry and employment, as in agriculture, construction, and domestic work.

In developing countries, the ILO is exploring how to create enabling environments in migrant-sending countries to maximize the investment opportunities for migrants who return with remittances and new skills. Putting migrant skills and remittances to work in their countries of origin can speed economic and job growth.

The ILO chaired the Global Migration Group in 2014, comprised of 17 UN agencies that deal with international migration and the non-UN International Organization for Migration. In 2015, the UN is expected to develop Sustainable Development Goals to replace MDGs. Promoting and protecting international labor migrants is expected to be a keystone of the maximizing employment and decent work goal.