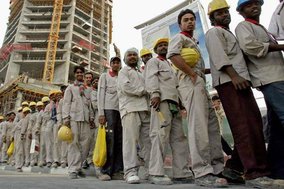 The Gifford Center co-sponsored a conference on the recruitment costs paid by low-skilled migrant workers. Up to 10 million workers a year leave one country to work in another, where they often earn five times more than they would earn at home. Most are legal and low-skilled, and many arrive abroad in debt because of the costs they incur when paying contractors to obtain contracts for jobs abroad. If migrants pay an average $1,000 each to recruiters, moving workers over borders is a $10 billion a year business.

High migration costs and loans to cover pre-migration debts make migrant workers vulnerable abroad, reduce remittances and their pro-development impacts and encourage some migrants to overstay abroad to achieve savings targets. The UN Secretary General’s eight-point agenda for action presented to the High-Level Dialogue on Migration and Development in 2013 noted the “enormous gains to be made by lowering costs related to migration, such as the transfer costs of remittances and fees paid to recruiters, especially by low-skilled migrants.” (UN Secretary General, 2013, para 113). Migrants who pay less to go abroad are more likely to be satisfied workers who are able to remit more to their families. 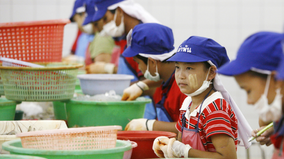 There is an alternative to more regulation: economic incentives for recruiters to charge migrants less. Governments could induce at least some recruiters to comply with protective labor laws by understanding where worker-paid costs can arise in the four major elements of international labor migration:

Migrant workers incur monetary costs when they make payments to recruiters and others for foreign jobs, pay for documents and health and similar checks, and pay for pre-departure training. They may also incur opportunity costs to travel to recruiters, government agencies, and training centers, and once abroad they may pay for recruitment indirectly in the form of lower-than-average wages and benefits.

Government incentives to improve recruitment can be micro or macro, aimed at individual recruiters or designed to change the structure of the recruiting industry. Micro incentives could give A-rated recruiters faster processing and lower fees to speed worker departures, helping them to win business from employers and workers. A-rated recruiters could pay lower or no taxes, and accompany political leaders abroad to bolster their ties to “good employers” abroad.

Macro incentives could foster fewer and larger recruiters who can achieve economies of scale and develop reputations that they protect, allow foreign employers to recruit workers directly using experienced migrants who understand what is required to perform jobs abroad and can evaluate the credentials of local workers, and favor stable employer-recruiter partnerships that reward investments in efficient and protective job matching over time.

Incentives for lawful and efficient recruiter behavior are not a panacea, but they could be an important first step to reduce worker paid costs and increase migrant protections.